HOW TO PLAN A THANKSGIVING FISHING TRIP

Though winter arrived in force throughout some regions of the country over the last few days, this year autumn has been mild and temperatures have trended well above average. As a result, the fishing is still pretty darn good. In fact, it’s good enough that, after you stretch your waistband and enjoy a little family time, you might want to consider getting out on the water for some Thanksgiving fishing.

To help you enjoy Thanksgiving success, we sought out advice from FLW pros on how to put bass in the boat this week. 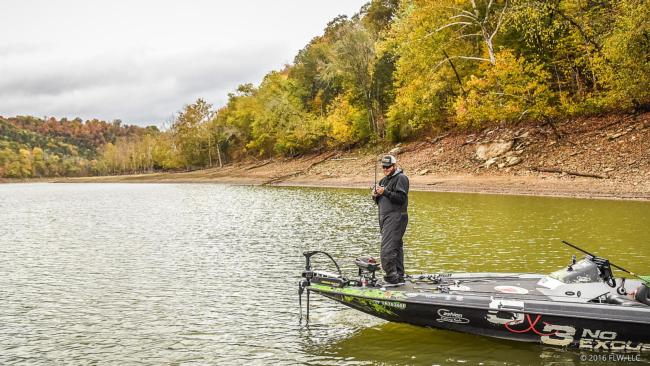 FISH THE BACKS OF CREEKS

In terms of air and water temperature, everything is behind schedule in Michael Neal’s corner of Tennessee. The Lake Chickamauga local says the lake level is down, like in a normal year, but because the cold hasn’t set in, he’s still on an early fall pattern.

“They’re still in the feeding mode, just chasing bait,” Neal says. “There are still some frog fish, though it’s a little bit slower. Usually we’d be to jerkbait weather now, but they’re still up real shallow.”

His strategy this week is to cover water with a lipless crankbait to find fish, and have a topwater handy for whenever he finds schooling activity at the surface.

“I’m in 3 feet and less most of the time, in the backs of the creeks and pockets and on long, flat tapering points,” says Neal.

Once Neal dials in on a school, he covers the area with a walking topwater bait such as a Heddon Zara Spook, Lucky Craft Sammy or Reaction Innovations Vixen. 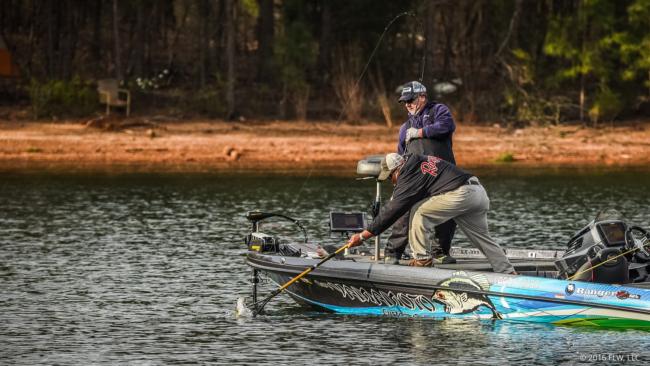 When he isn’t deer hunting, Arkansas pro Larry Nixon spends his fall outings on the water tracking bass along creek channels. He says the action is a bit unpredictable right now because of the warm weather, and bass are still transitioning from deep to shallow water.

“If the fish have started to move shallow then that pattern involves going back in the creeks and throwing topwater and crankbaits around wood,” Nixon says. “You’re following the channel. In the fall of the year, to me, bass get more channel-related than any other time of year. You want to stay close to the channel, no matter if you’re fishing shallow or deep, because the bait runs the channel. If you can follow those channels through flats that have stumps and logs, that’s where you’ll find your fish.”

If the water still hasn’t cooled off in your geographic region, or if the shallow fish just aren’t there, Nixon suggests taking a similar approach but sticking to deeper channel edges on or near the main lake.

“They’ll be on a shallow break dropping into a deeper channel, or they could even be as deep as 30 feet,” he says. “They’re on structure, but they have a bad habit of suspending if it’s after a front two or three days and it warms up and you get that high pressure. You’ll need to use something like a spoon or drop-shot, and you might have to look at them on your unit.

“Now, if you get a good cold front that comes through, boy it will weld them to the bottom, and you can take a jig or a Senko and wear them out. Of course, as soon as it warms up and starts prettying up, they may move up and start following the bait shallow again.” 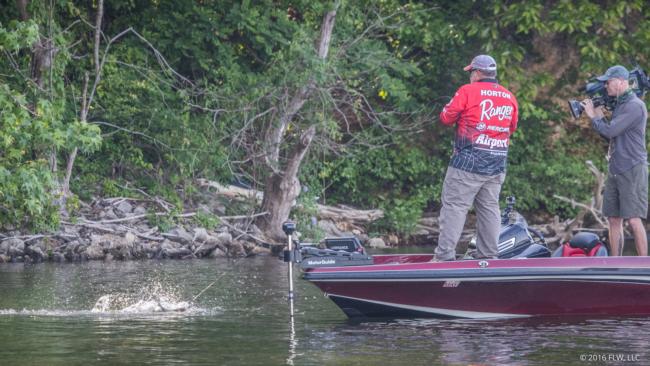 Down in Alabama, where big spotted bass live in the Coosa and Alabama rivers, Tour pro Jamie Horton says Thanksgiving week is one of the best periods to be on the water. He does a lot of fun fishing each year around the holiday, which means chunking a spinnerbait or topwater. In the mornings, in particular, Horton says the spots move up into very shallow water, and a topwater approach can be deadly.

“I know it’s a little warmer this year, but it’ll still be a great weekend,” he says. “I like to target them with topwater in the morning on gravel bars. I like a little prop bait, or maybe a big Zara Spook. I throw it on shallow gravel bars and in the eddies in the current in the mornings. Then I like to throw a spinnerbait. It’s really good this time of year. The water’s a little clearer this year because we haven’t had much rain and the water is lower, which might make it a little slower, but generally a spinnerbait is the best bait to throw on the Alabama River and the Coosa River in fall. Of course, if I was fishing a tournament I’d throw topwater all day.” 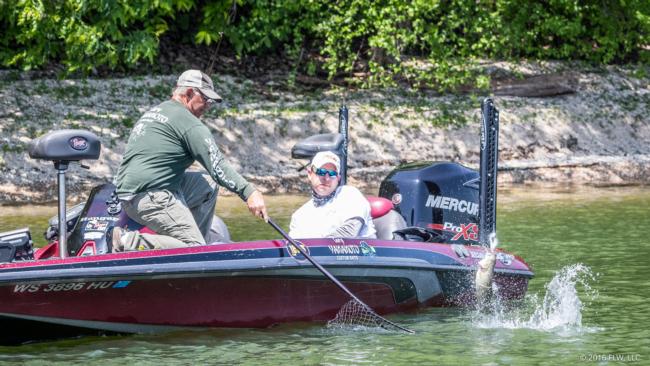 Though winter weather has started to arrive in the Upper Midwest, and there’s more in the forecast, Wisconsin pro Tom Monsoor’s best advice for Northern fishermen who live within a day’s drive of the Mississippi River is to just go. Put down that drumstick, brave the chill and get on the river. The fishing is stupid good right now.

“We’ve been out every day. We’ve been killing them. It’s been unreal,” he says.

Not surprisingly, Monsoor has been wearing them out winding a white swim jig in shallow water – his trademark lure and technique. But he’s also been catching fish on a Lucky Craft LC RTO 2.0 square-bill crankbait and a finesse jig.

“Here’s the thing; it’s weird. Sometimes you’ll be fishing that jig slow, and that’s all they want,” says Monsoor. “The next time, you’ll be going down the bank with a crankbait covering water, and it kills them.”

Monsoor suggest changing it up to see if a particular bait triggers more bites, and also changing up if you locate a school and have caught several fish. Sometimes a bait swap will reignite the action.

As for target areas, the most important key this time of year is to avoid the heavy flows of the main river and focus on pockets, creeks, side channels and backwaters. Points and wood cover, in particular, are good, but Monsoor says that with the water down right now and the fall feedbag on, the fish are pretty easy to find.

“Right now up here it’s different because the water has dropped like 4 feet in the last three or four weeks. So the fish are all coming out of the woods, and they’re right on the bank. There are some on the drops, too, in that 10-foot range. You can key on the good stuff, the points and stuff, but they’re everywhere.”

RUN UP A CREEK

If you’ve been following FLW tournaments this summer and fall, then you ought to know that running up a narrow tributary river from a reservoir or into the far upstream stretches of a large reservoir seems to be the hot ticket for success. It worked at the Forrest Wood Cup at Wheeler Lake and again at the Costa FLW Series Championship at Table Rock.

According to Texan Jason Reyes, the pattern is still productive in his region. He spent a recent outing up a narrow riverine stretch of a local reservoir in an attempt to find some fresh, current-driven water and to get away from fishing pressure. Reyes made it work.

“I’ve got an aluminum boat, so I’m able to get up there a little farther than the average guy in a large ‘traditional’ fishing boat,” he says. “I was accessing some water that hasn’t had a lot of pressure during the summer. Fish are really starting to move into those areas. I went up there the other day and caught fish in the morning before football started on Sunday.”

Heavy rains and floods in Reyes’ region back in the spring changed the area where he fished. The flows scoured the bottom and dragged new cover into the water, which only helped the bite.

“I was able to roll through pretty quickly and kind of hit the obvious targets,” he says. “I had pretty good success. Channel swings seemed to be the best, but I also fished wood, brush, laydowns and things like that.”